A shipwrecked man swimming in the ocean with no shore in sight. A giant sea crab rising underneath him and helping to keep him afloat. A mango tree being pulled down by greedy people in a vice-ridden city.

Mahajanaka is rich in riddles such as these. Will deciphering these riddles provide keys to Thailand's survival and prosperity? And what do they reveal to us about the author?

Analysing four riddles at the heart of the story, prominent scholars and social thinkers find in them His Majesty's visions for the country.

Riddle of Prince Mahajanaka swimming in the ocean

When the ship that Prince Mahajanaka was on foundered in a storm, the prince filled his stomach with a mixture of butter and sugar, wrapped himself in an oil-soaked cloth, then leapt into the sea. Although he couldn't see the shore, he swam for seven days until the goddess Mani Mekhala rescued him.

The image of the determined young prince braving the ocean, which dominates the first half of the story, tells of two Buddhist virtues-self-reliance and perseverance.

"When the ship broke apart, the 700 merchants on board 'cried and wailed, and invoked and exhorted the gods for help'. But all of them died. Mahajanaka didn't ask for the gods' assistance, he helped himself," pointed out social commentator Dr Prawase Wasi.

"It's clear the first virtue represented here is self-reliance, a quality so lacking in our society. We lean on civil servants, businessmen, high authority, and so on. Lately we have been leaning on foreign loans," he said with a wry smile.

"If we lean on others, we would not know whether they can always help, whether one day they will withdraw their help, and whether the helpers will take advantage of our weaknesses."

Earlier in the story, Prince Mahajanaka had also practised the virtue of self-reliance when he rejected his mother's offer to completely fund him in setting up an army to reclaim his father's throne, said businessman Sophon Suphapong.

"He accepted only half of her jewels as capital to set sail to Suvarnabhumi to generate his own funds," pointed out the 1998 Magsaysay awardee who has helped rural communities to own and operate their own businesses.

"When people are able to help themselves, they will develop pride and strength. They will not take advantage of others. The process of depending on oneself instils this," he said.

The second virtue represented by the riddle is perseverance.

"Most people, when they don't see the shore, or goal, will stop trying," said Dr Prawase. "The problems of humanity now are so immense, like an ocean, that it's hard to see how to solve them. So people stop trying, they sink into hopelessness. This happens to people all over the world."

He went on to say that His Majesty places great emphasis on perseverance in the book because Thai people are weak in this quality. "Thai society in the older days was so rich and fertile with natural resources but people lacked the culture of producing, of creating. They just plucked, and consumed," he observed.

"Things have changed, and we now need a culture of diligence, of creating."

For perseverance to lead to success, added Prof Sumon Amornvivat, the motive must be pure.

"This means persevering in a constructive way. For example, if one persists in studying, one must do so for the sake of educating oneself, not to gain status or image. If the latter is the case, perseverance will only lead to suffering," said the highly-respected educator.

"True perseverance must be a cutting down on, or refraining from, kilesa (impurities)."

Such diligence must also be governed by sati, or mindfulness and clear vision, she added.

"Before leaping from his sinking ship, Prince Mahajanaka ate his fill of a mixture of sugar and butter, wrapped his body tightly in oil-soaked cloth, then climbed up the mast and aimed in the direction of Mithila.

"This is acting with mindfulness and a clear goal," pointed out Prof Sumon.

Riddle of the uprooted mango tree of Mithila One day King Mahajanaka visited the Royal Park where he tasted the sweet fruit of a mango tree. When he passed by the tree later, he found it had been plundered and uprooted by greedy people scrambling for its delicious fruit. Another mango tree nearby was barren, so it was ignored and thus safe from danger.

Illustrated by a painting by master artist Preecha Thaothong, the episode of the uprooted mango tree proves highly thought-provoking with its vivid depiction of a chaotic society in which pleasures of the flesh reign supreme.

"Looking at this city, you'll see confusion and chaos. People taking obscene photos of a woman. Others taking drugs. Also the abuse of the environment-people dumping garbage into the river, or using modern technology to pull down a mango tree to get its fruit," observed Dr Prawase.

"This is truly a society driven by greed, anger and ignorance, a society in crisis," he added.

"This reflects both the present Thai society and the global one. Both are suffering confusion and problems in all aspects-social, economic and spiritual."

On the basic level, the mango tree and its fruit can be likened to material gains and natural resources.

"Just like the root problems besetting the city of Mithila, it's greed, anger, and ignorance that brought the mango tree down," observed former prime minister Anand Panyarachun in one of the public discussions on the book .

"From the economic angle, it can be seen that many Thais have been greedy-wanting everything they see. Seeing the forest, they want the wood. Seeing water resources, they want to exploit them-all without moderation and reason," said Mr Anand.

"Such greed and short-sightedness are factors that bring our society down."

From the political angle, the fate of the mango tree suggests that good things are always coveted by many. "Everyone struggles to gain position or wealth, without realising that they should instead be striving to do good deeds, to be responsible, transparent, and so on," said Mr Anand.

In the same vein, politicians themselves can be compared to the fruit-laden mango tree.

"Politicians must be aware they themselves are sources of gain and power for other people," said Prof Sumon. 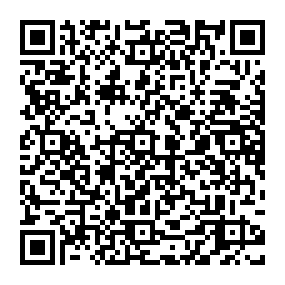