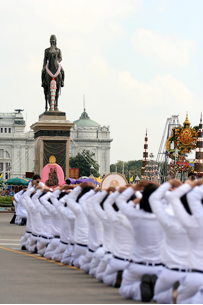 23 October of every year is a national holiday in Thailand as it marks “King Chulalongkorn Day" or known in Thai as "Wan Piyamaharaj Day". It is the memorial day of the passing away of King Chulalongkorn, otherwise known as King Rama V. King Chulalongkorn led several major reforms in Thailand, for example in the areas of Thai educational system, military affairs, State Railway and Slave Liberation Act without bloodshed in Thailand.

So WHO exactly was King Chulalongkorn?

King Chulalongkorn is the fifth monarch of Siam under the House of Chakri. He is the son of King Mongkut and the grandfather of the current King of Thailand, His Majesty the King Bhumibol Adulyadej.

King Chulalongkorn the Great was the son of King Rama IV or King Chomklao and Queen Thepsirinthara. He was born on September 20 B.E. 23962/A.D.1953 named as Pr ince Chulalongkorn. At the age 9, he was appointed by the father as Krommuan Pighaneshavarasurasangkash and then Kromkhun Pinit Prachanath at the age 13. The first coronation was done on November 11 B.E. 2411/1868 under the title "Phrabatsomdet Phraparamindra Mahachulalongkorn Phra Chulachomklao Chaoyuhua." Because of his age-only 16 years old, Somdet Chaophrayabo- rommaha Srisuriyavongse wa s appointed as the King's Regent. Prince Bovornvijaijan, the elder son of the Second King Pinklao was appointed as the Viceroy under the title "Kromphrarajavangbovorn Vijaijan".

During the time of execution, King Chulalongkorn had studied various branches of arts and sciences such as Royal Tradition, Public Administration, Archaeology, Pali, English, Military Science Wrestling, Weapon Using, and Engi neering. Moreover, he paid state visits to Singapore and Java twice and India once. It was not the pleasant tour but an observation-tour to observe the political systems and administration of the European Imperialists who came to govern the colonies in South Asia and South-east. Asia by this way he brought back new knowledge and technology to apply in Thai government. Royal tradition such as uniform, haircut and audience the king were c hanged to the western style.

He was ordained as Buddhist monk for a short time during September 15 to October 11 2516/1873 and then was coronated again on October 16 2416/1873 to announce absolute kingship to the people of Siam and the world.

HOW did King Chulalongkorn become one of Thailand's most loved and revered King?

King Chulalongkorn is considered one of the greatest kings of Thailand. His reign from 1868 to 1910 was characterized by extensive social and economic development, including the abolition of slavery and corvee (state labor service). He is also famed for his ardent Thai nationalism, and for his skill in fending off the threat of European colonialism, despite the fact that large tracts of Siam were ceded to the Europeans during the period.

King Chulalongkorn managed to prevent Thailand from being colonized by extending friendship and travelling extensively to western countries like America, Great Britain, France and Russia. Because of this, Thailand remains as the only country in Southeast Asia to have never been colonized.

Besides that, King Chulalongkorn was the first Thai King to send the Royal Princes to be educated in Europe. Throughout Chulalongkorn’s reign, radical writers had their works published for the first time. Works that were previously banned were allowed to be read by the public once again.

King Chulalongkorn with his sons

King Chulalongkorn was perhaps best known for his abolition of slavery. In 1900 the Employment Act stated that all workers should be paid. All the slaves in Thailand were freed so that they would not become unemployed.

In the beginning of his reign, more than 1/3 of the Thai population were slaves. It was so because there was the endless continuity of offspring slaves. They all were slaves for the rest lives. Traditionally children of slaves also became slaves.

The Law at that time fixed the value of slave's children as follows:

1. Boy's price was 14 Tamluengs
2. Girl's price was 12 Tamluengs
The price could not be reduced during their ages 1-40. The price of male slave who was 100 years old was 1 Tamlueng. For female-slaves, the price was only 3 bahts. Frankly speaking, a slave who could not pay money t o withdraw himself from slavery became slave through out his life.

The Royal Act was issued by King Chulalongkorn on August 21 2417 B.E. /1874 A.D. In this law, its effect covered the starting point from the first year of the King's coronation, (B.E.2411/1868 A.D.). Therefore, the slave' s child who was born in the year 1868 had the right to reduce the price each year. The Act fixed the price of slave's boy as 8 Tamluengs and Slave's girl as 7 Tamluengs. All Children who were born in the year 1 868 became free when they were 21 years old. In the year B.E. 2448/1905 "Slave Act R.E. 124" (2448 B.E. or 1905 A.D.) was passed by King Chulalongkorn to definitely prohibit an offspring of slave and slave-trade. The slave-trading was a crime. For all slaves, the masters had to reduce their prices to 1 bahts per month until their debtlessness.

The King also modernized government and streamlined the administration of the country by dividing it into provinces and districts. He replaced the traditional lunar calendar with the Western calendar. Siam was a Buddhist country but he made it clear that other religions (including Islam and Christianity) should have the freedom to practise without fear of persecution. Communications in the country were improved greatly with the introduction of postal services, the telegraph and the construction of Thailand’s first railway (from Bangkok to Ayutthaya).

In his early reign, there were six ministries;

How Do Thais celebrate Chulalongkorn Memorial Day in Thailand?

Many Thais show their respects for the great monarch by placing wreaths at the Equestrian Statue, in the Royal Plaza, Dusit District, on this public holiday. Much of this part of Bangkok was originally built during the reign of King Chulalongkorn and bears the architectural mix of Thai and European styles characteristic of the era.

Besides the Royal Plaza, all other statues of King Chulalongkorn all around the Kingdom of Thailand see smaller scaled ceremonies. Most businesses function as usual but Government organizations are closed on this day. 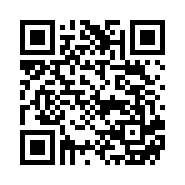